PHILADELPHIA — Invited press and passersby were surprised by a superhero-costumed street team presenting a “green finance” program ostensibly from mega investment firm Vanguard. The “Vanguardians of the Galaxy” admitted that the vast funds Vanguard directs have vast environmental impacts, and they would therefore be shifting course to ensure those trillions will no longer go toward financing global apocalypse. 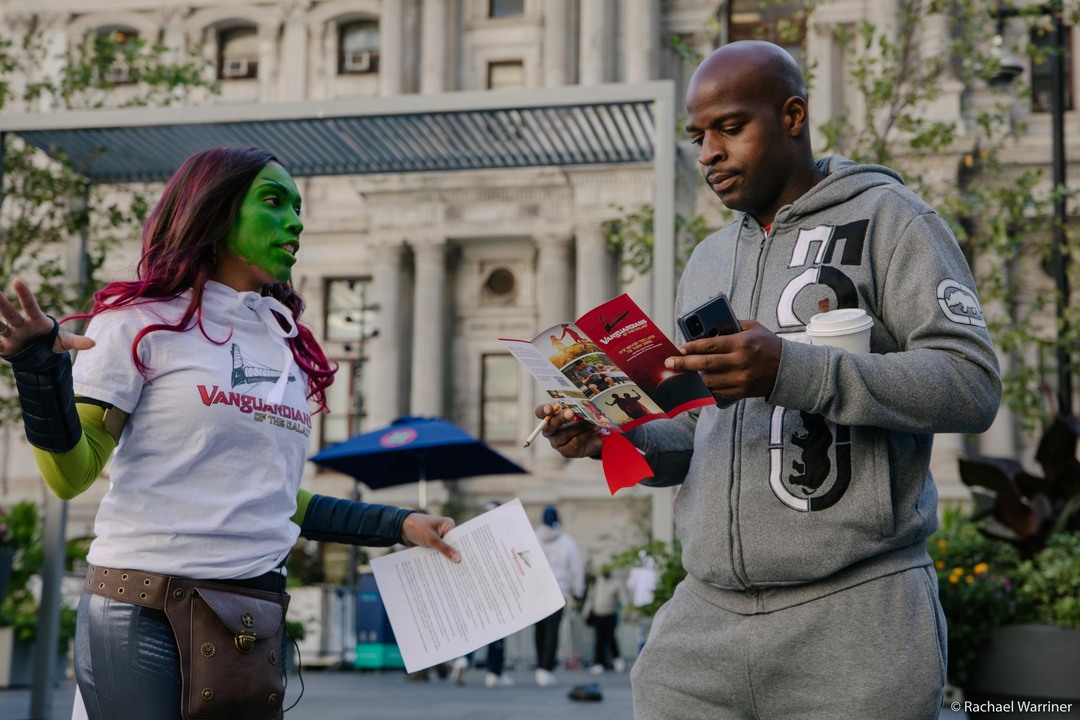 It was big news for the financial media and Vanguard investors who prefer to use their money for planetary good rather than planetary destruction. Things got messier when Marvel Studios sent a press release later that day, denouncing the use of their heroes to greenwash cataclysm. 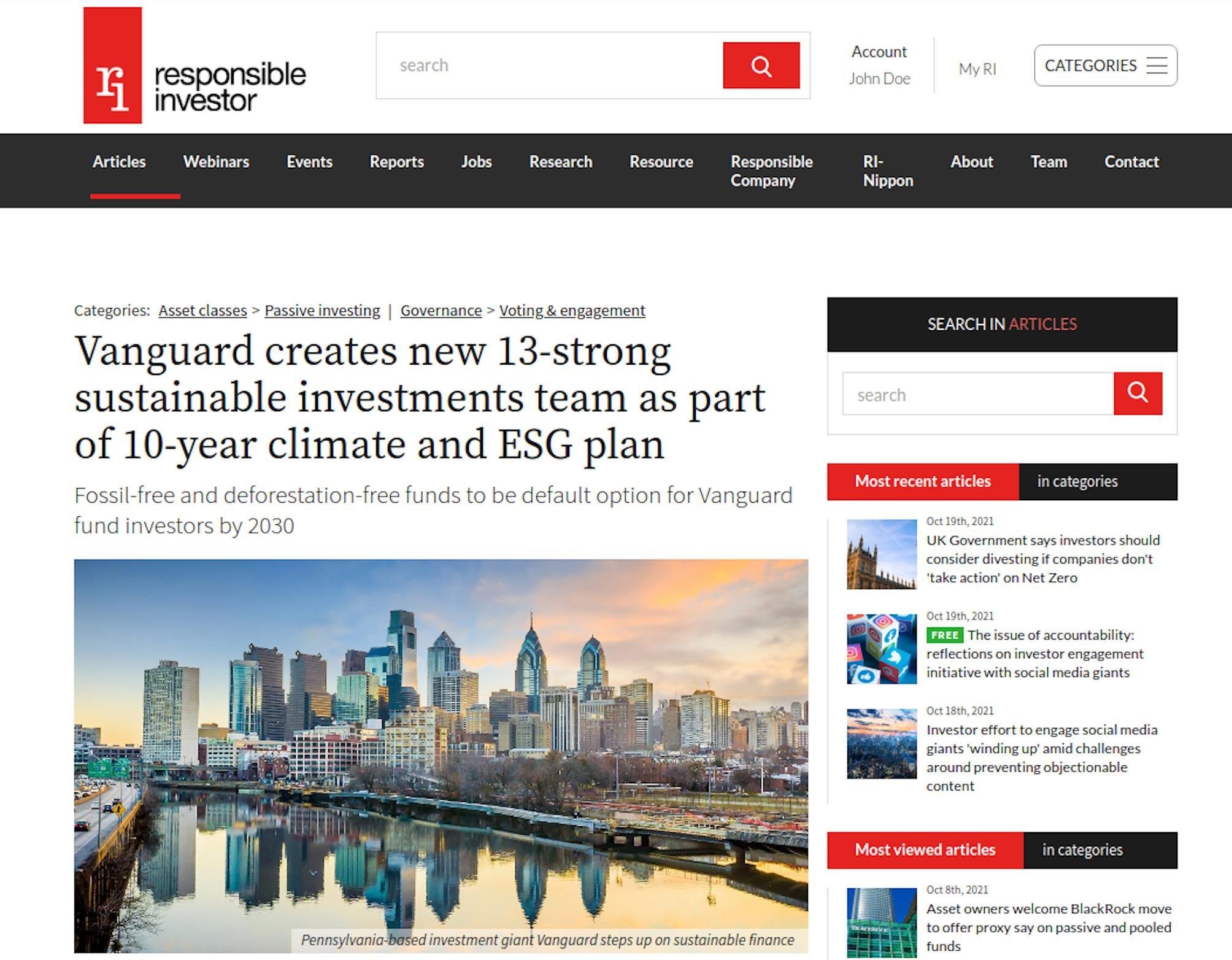 But there was only one problem: the PR stunt—including the Marvel reaction—was in fact a satirical performance by activist prankster group The Fixers, an emergent faction of infamous troublemakers The Yes Men. The chipper street team were performers and the press releases were satire pointing to Vanguard’s lack of climate concern, pressuring the behemoth to at least catch up with the rest of their industry. Check out news coverage by Sustainable Brands, Gizmodo, and Institutional Investor, along with photos, brochure, and more on Twitter. 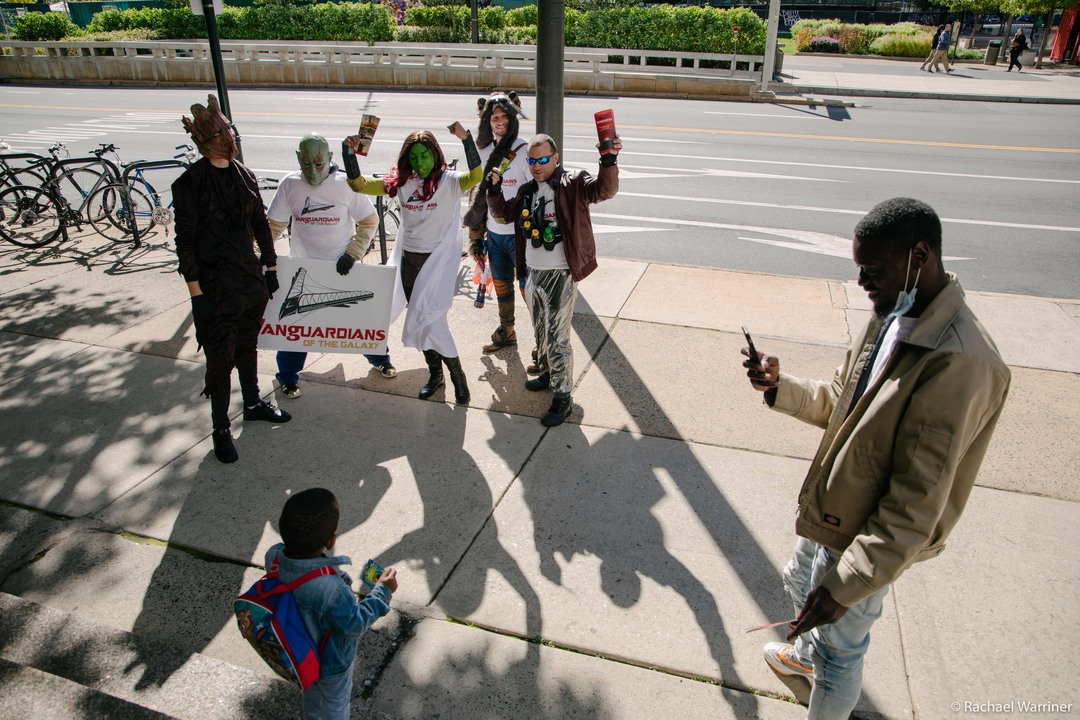 The satirical PR stunt comes as many financial firms announce climate targets ahead of the UN Climate Conference (COP-26). Vanguard is not yet among them.

“Despite massively influential resources under management, Vanguard likes to hide in the shadows—supervillain style,” said Jeff Walburn of The Fixers. “It’s a shocking lack of leadership for a firm that talks big on long-term vision, putting them far behind competitors when it comes to appreciating the needs of investors whose funds are contributing to catastrophic climate collapse.” 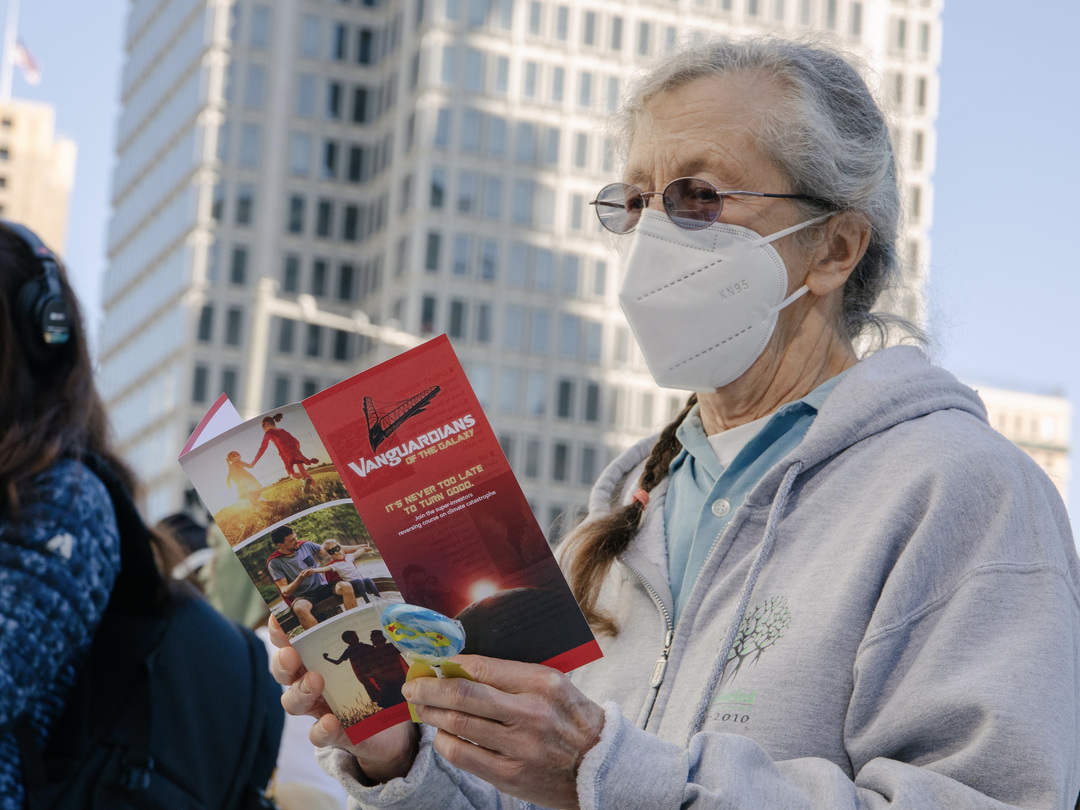 Vanguard remains stubbornly opaque about how their assets harm the climate, even as they face mounting criticism. The commitments described on their website refer only to improving their internal operations, saying nothing about the $8 trillion under their management—much of which finances coal, gas, and oil. 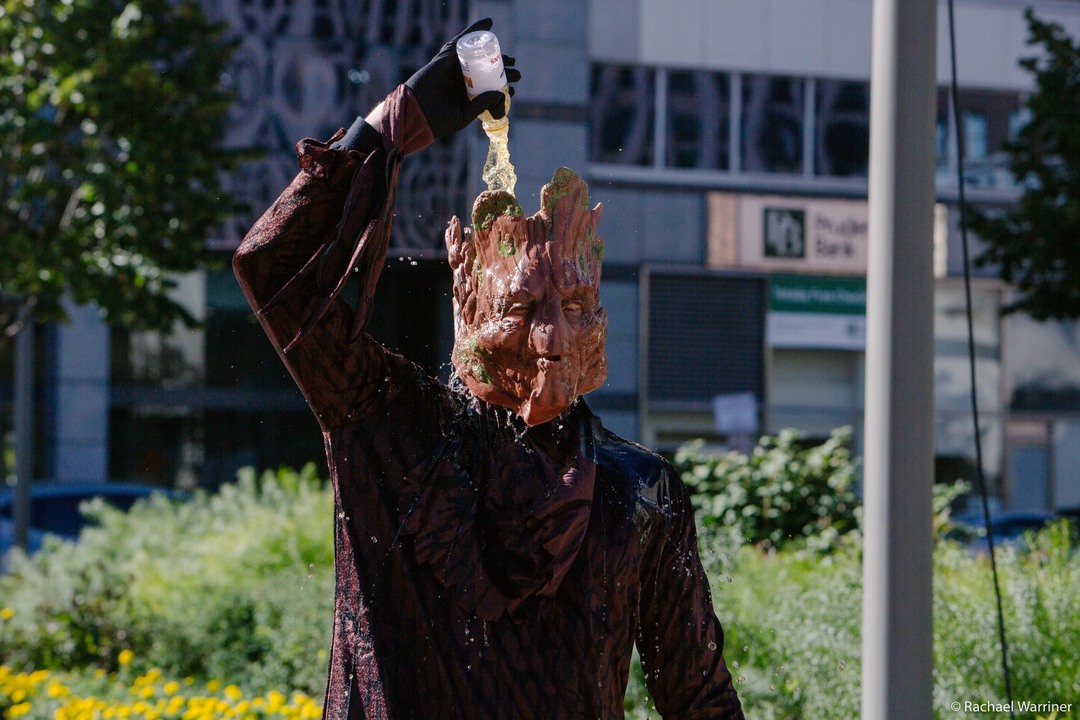 “Vanguard has a very big climate problem. Even their competitors are making concessions to public pressure,” said Walburn, who previously fabricated a letter from BlackRock CEO Larry Fink. “The policy changes in that fake letter are starting to be reflected in their real rhetoric, so actions like these can be positive reinforcement. Asset managers have a duty to protect investors from risks, and climate change is the biggest guaranteed risk. You don’t even need to care about the environment to know it’s just responsible money management. Nobody’s 401K performs strongly on a dead planet.” 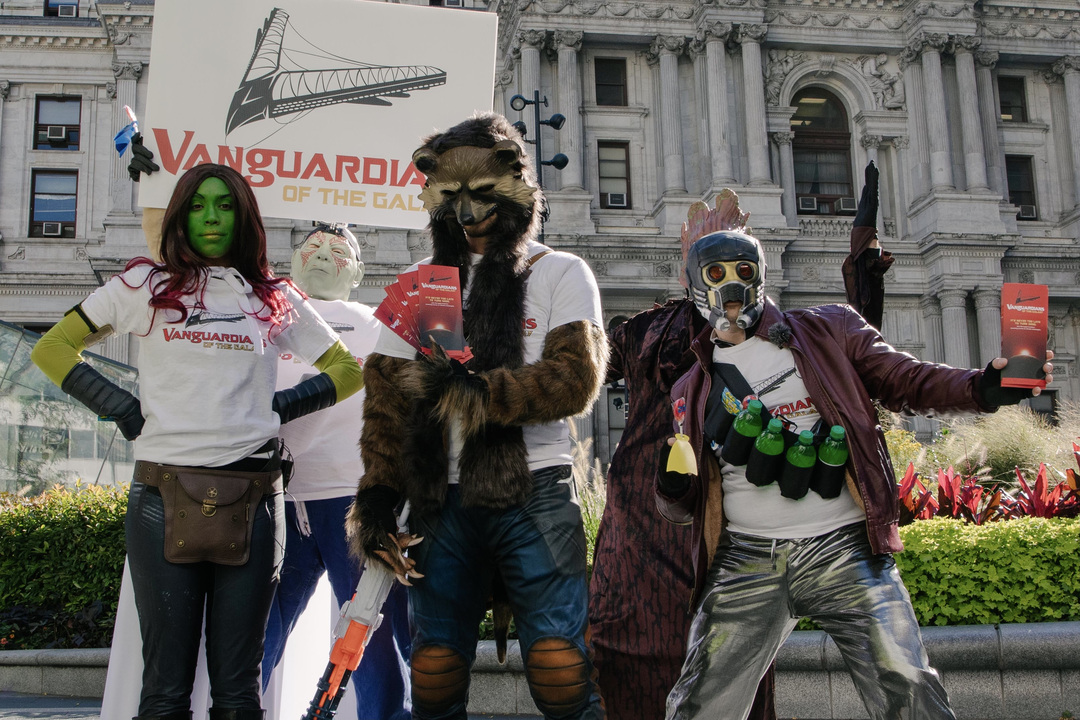